Warning! Unfortunately your browser has disabled scripting. Please enable it in order to display this page.

Officers from the Yorkshire and the Humber Regional Organised Crime Unit, South Yorkshire Police and the National Crime Agency (NCA) have today (Wednesday 8 May) arrested two men in Sheffield on suspicion of drugs and firearms offences 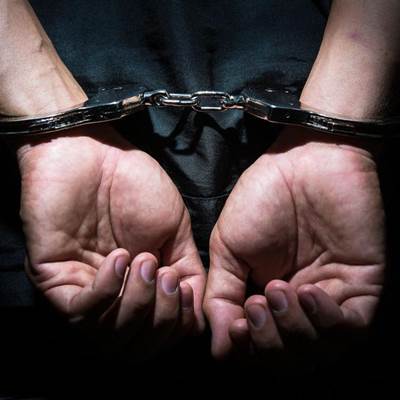 The early morning raids led by the Yorkshire and Humber Regional Organised Crime Unit, came after six firearms including a sub-machine gun, ammunition and suspected class A drugs were seized on 6 April.

The arrest operation happened in the Totley and Woodseats areas. The weapons, ammunition and suspected drugs were seized from an address on Abbeydale Road in the city.

The two men aged 29 and 22 remain in police custody as enquiries continue.

The operation was not terrorist related

Two men will appear in court today after a joint operation between the Yorkshire and the Humber Regional Organised Crime Unit, South Yorkshire Police and the National Crime Agency in the Woodseats and Totley areas of Sheffield.

Mohammed Hussain, 29, of West View Lane and Shazad Hassan, 22, of Holmhirst Way are due to appear at Sheffield Magistrates Court this morning (Thursday 9 May) charged with conspiracy to sell or transfer handguns and a sub machine gun.